Get on board and embark on a journey of a lifetime at Philippine Airlines 77th Anniversary Sale. Exciting deals and incredible savings will surely satisfy your wanderlust as the country’s premier flagship airline celebrates two (2) milestones. Philippine Airlines is not only celebrating its 77th year anniversary. It was also recently awarded as the country’s first and […]

What are you looking for? 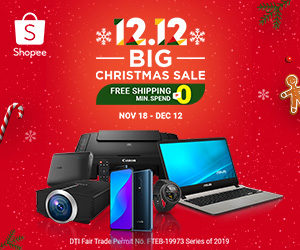